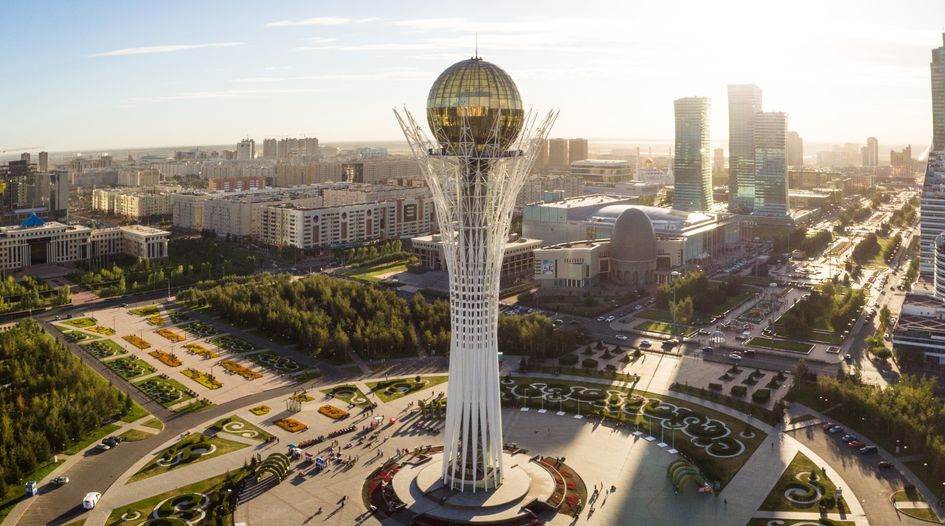 On the 21st of December, the Republic of Kazakhstan’s Ministry of Justice and the World Bank jointly hosted a webinar with international participation to discuss the topic of International Investment Arbitration from a regional perspective.

The event featured an international panel of speakers, including the Advocate General of Albania Ms Brunilda Lilo, the Vice Minister of Justice of Kazakhstan Ms Akerke Akhmetova, the Director of the Arbitration Department of the Ministry of Justice of Uzbekistan Mr Bakhrom Rakhimov, the consultant to the Nigerian Investment Promotion Commission Prof. Paul Obo Idornigie. The speakers discussed the realities of Investor-State disputes in their respective countries. The discussion was moderated by Dr Patricia Nacimiento of Herbert Smith Freehills.

The event moderator, Mr Waleed Haider Malik of the World Bank, emphasised the relevance of improving the agenda on investment climate reforms.

The Minister of Justice of Kazakhstan, Mr Marat Beketayev, stressed the importance of protecting the investment environment by eliminating bad faith investments. The Minister referred to Kazakhstan’s own experience fighting the consequences of bad faith investments in the form of an arbitral award in the case of Anatolie Stati et al. v. Kazakhstan, which was recently confirmed to be fraudulent by the Belgian Court of Appeal https://www.gov.kz/memleket/entities/adilet/press/news/details/286262

During the discussion, Dr Urban Rusnak, Secretary-General of the Energy Charter Treaty, provided an update on the ongoing Energy Charter Treaty negotiations, noting that the next four rounds will take place in the first half of 2022. Dr Rusnak remarked on the importance of considering the various situations of all the countries involved in the modernisation process and accommodating their different concerns, such as energy security issues, energy transition plans, and climate change commitments.

Professors August Reinisch and Marc Bungenberg presented their project on the creation of a Multilateral Investment Court, which triggered a lot of discussion and questions from the audience. The topic was picked up by Mr George Kahale III of Curtis, Mallet-Prevost, Colt & Mosle LLP in his presentation on the current stance of the ISDS mechanism.

The event was well received by the audience, who appreciated the opportunity to learn more about how Central Asian, Eastern European and African countries approach upholding the rule of law and protecting the interests of international investors. Attendees came from more than 30 different countries, and included legal professionals, policy makers, members of the business community, and students.